Surround them with reading material, all sorts. Give books and magazine subscriptions for presents. Accept hand-me-down books from other families. Stock up the car. Go to the public library, garage sales and op-shops and think cheap and cheerful!


Easy tips for everyday reading for busy families. Read in front of your children everyday - Dads too. Talk about what you read in the newspaper, sports magazine, at work, when you were little. If you read as part of your down time, so will they. Use activities as reading opportunities. If you're cooking, have your child read out the recipe. Pass a road map to the back of the car and have the kids find the route to Nana's house. Turn the sound off on the TV and the captions on.

Read seasonal poems. Try a ghost story while camping. Read or tell a bedtime story every night - even to the big kids. Take turns as a family, use funny voices! Keep a photo journal of the holidays. Write captions for each photo - make it as simple or as crazy as you like. Collect as many jokes from family members as possible and draw funny pictures too. Play word games like Scrabble or Boggle or hangman. Set aside a bedtime 10 minute time slot for reading to happen. 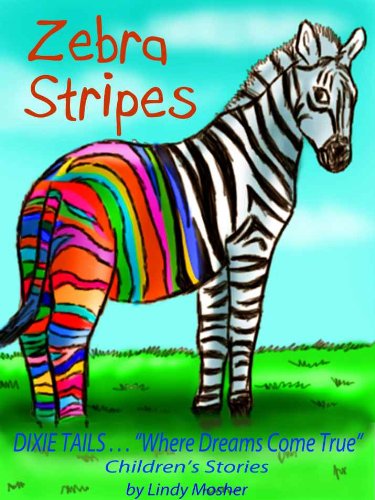 Start with reading aloud and then leave time for solo reading — even if they are not quite reading on their own yet, it's habit forming and emphasizes reading as relaxing. Chop up magazines and make words or sentences. A lot of people have a stash of old magazines they would be happy to give away to a family.

Join the library Summer reading programme - it's free and fun!! Make time for reading and make sure the only slide that your family sees this Summer is the kind with water on it!! Survival stories have remained a popular choice for middle and teen readers since perhaps the first of its kind, "Robinson Crusoe" was published in It is probably the delicate balance between reality, genuine suspense and ingenuity of the hero that keeps generations coming back for more. Whether the story is firmly grounded in real-life events, such as the story of Louis Samperini in "Unbroken" or the completely fantastical setting of Panem's "Hunger Games", readers get hooked on the struggle and sometimes downright unluckiness of the hero.

Perhaps the appeal to teens and pre-teens are that survival stories mimic - in the extreme — the independent life-stage that they will soon be entering. Below is a small sample of survival stories in the Awakeri School library. Most are in the Senior fiction area listed by author surname, or Middle and Senior Non-fiction listed with Dewey decimal numbers. Hatchet — Gary Paulsen. Had to be top of the list, heart breaking and riveting and very believable kid-next-door hero, a favourite for a long time.

Island of the blue dolphins — Scott O'Dell, a great read-aloud, a brave young Native American, based on a true story. Kensuke's kingdom — Michael Morpurgo, is a genius for wrapping up action and history with characters you really care about. My side of the mountain — Jean Craighead George, falls somewhere between a survival and extreme camping story, amazing description of taming a wild animal for falconry.

Hunger Games — Suzanne Collins, a modern dystopian fantasy take on survival stories, gripping and a hero who has strengths that even she doesn't know about.

Tomorrow when the war began — John Marsden. Before we had the Hunger Games, John Marsden's very plausible story about an invaded Australian town and the group of teens who fight back was and is a great read. Ice Dogs — Terry Lyn Johnson, dog sledding journey gone wrong.

Figgy in the world — Tamsin Janu, set in Ghana an innocent young girl sets out to walk to America for medicine for her Grandmother. Sweet and funny, sad and thought provoking. Extreme adventures series — Justin D'Ath, with titles such as Killer whale and Shark bait, the resourceful hero Sam Fox has many chances to test his survival instincts.

The drover's quest — Susan Brocker, disguised as a boy, young Charlotte must take a mob of cattle across Arthur's Pass to find her father in the gold-fields. Maze runner — James Dashner, has gripped many a teen and pre-teen, atmospheric and desperate. Mission Survival series - Bear Grylls, uses his own life experiences to give this series a realistic, exciting edge.

Adventure Double; Diving and Amazon adventure — Willard Price, showing their age a little bit but still pacey, absorbing stuff. Code Red series — Chris Ryan, an ex-special forces soldier turned writer. Titles such as Flash flood, Twister and Vortex, these books are exciting and often carry an ecological message too. The true meaning of Smekday, film is called "Home" — Adam Rex, a funny twist on alien invasion survival stories, young Tip, makes a trip across an invaded America with a bumbling alien called Boov, who causes mayhem for them both.

Non fiction Can You Survive? These are shelved in the fiction area because of their size, but are very factually based. Unbroken junior edition — Laura Hillenbrand, could be fiction the events are so amazing, bad luck and determination battle it out for dominance in a young runner's life. Again, it's true but shelved with the fiction to make it easy to find!

Great Escapes — Lost at sea — That's some of the books that would fall within the heading of survival, there's lots more. Hint — These would make amazing Summer Reading presents or books to borrow from the town library, especially for camping families. How about a survival book for a family read-aloud over the holidays? Back to the top Roald Dahl - years! September 13, marks years since Roald Dahl was born in Wales, near Cardiff to Norwegian parents. Roald Dahl was a pilot, a diplomat, a screen-writer, and an inventor.

But he is best known today as the author of 21 of the best children's books of all time, published in 59 languages and selling an estimated million copies world wide. Roald Dahl continues to top surveys of the best authors for children more than 25 years since he passed away, all this despite never winning a children's book award during his lifetime! Roald Dahl was a very tall man, around 6ft 6, with a large personality to match! He was a talented sportsmen, flew combat aircraft in World War two, surviving a fiery crash; worked for the spy agency MI6 in its early days and after the war marrying an American movie star with whom he had five children.

But alongside the rather swashbuckling adventures Roald Dahl was to know many sad times too. He lost his father and an older sister within weeks of each other when he was only three years old. His four-month old son Theo was hit by a car while sitting in a pram and suffered near fatal injuries. Two years later his daughter Olivia, contracted measles encephalitis and died at age seven. His first wife Patricia Neal, while pregnant with their fifth child, had a brain hemorrhage requiring months of rehabilitation to walk and talk again. But the dark times seem to have infused his books with an underlying sweetness and sadness that reflects reality and doesn't pretend unhappiness doesn't exist to the reader.

Even when the subject of the books are as fantastical as a giant peach travelling to New York, that balance of dark and light are what gives the stories an authenticity and credits readers with the intelligence to accept that not all of life or endings of stories are neat and tidy and perfect. Roald Dahl was also an imaginative bender of language who invented dozens of words which are collectively known as "Gobblefunk" and give his stories the lyrical sound that makes them a pleasure to read aloud.

The school library has recently purchased the "Oxford Roald Dahl Dictionary" which explains and defines many of his original gobbelfunk and other unusual words used in his stories and poems. Check out the book and the fun Dahl inspired puzzles and pictures in the Awakeri school library. BFG "I am the maker of music, the dreamer of dreams!